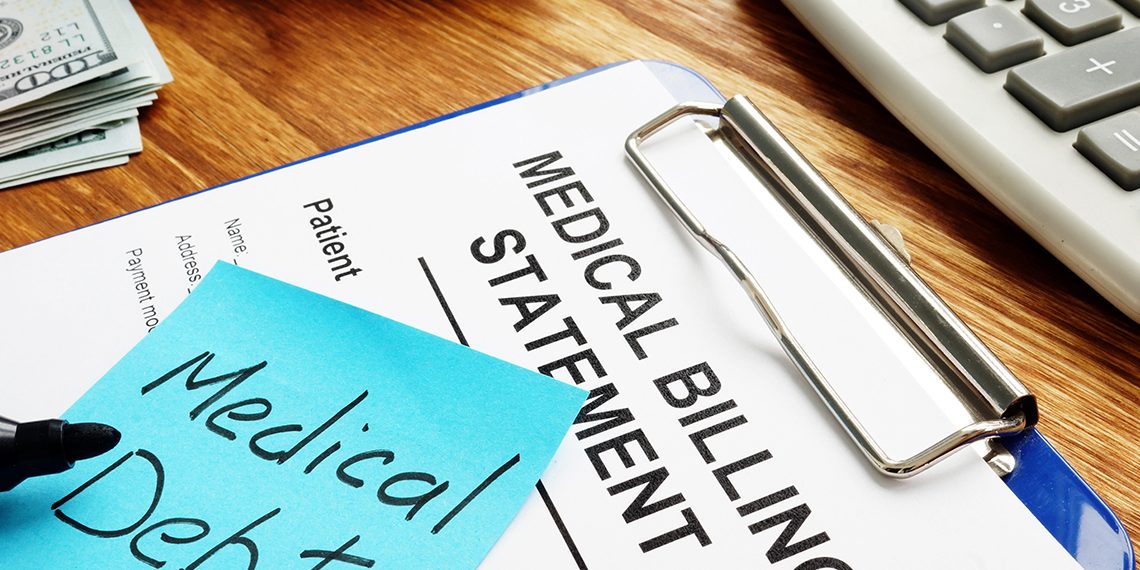 Are you carrying debt because of doctor’s bills or medical costs? If so, you’re not alone.

Many low-and middle-income Americans are paying for medical bills with their credit cards, according to a recent survey conducted by a research and policy center called Demos. The survey sampled 997 adults in February and March who had carried credit cards for at least three months to find an average debt of $7,145 with $1,678 attributable to medical costs. Almost 50 percent of American households bought out of pocket medical expenses on credit, the survey found.

The survey results reflect the tremendous burden that rising medical expenses are inflicting on American families. Healthcare costs, which rose almost 6 percent in the past year, are forcing many Americans to go without needed medical care. More people are also living without any health insurance. Over 25 percent of Americans ages 16 to 64 went without health coverage for at least some part of last year.

Medical expenses are even taking their toll on families with comprehensive insurance plans. Insurance premiums are increasing but offering less coverage. An ordinary family under a job-based health plan will spend more $20,000in in healthcare costs this year. That’s about 40 percent of the average household’s income.

All this is exacerbated by an economy, in which wages haven’t kept pace with rising prices. While the recession changed peoples’ attitudes toward debt, making them more careful about spending and less likely to borrow money, many Americans don’t have enough in their checking or savings accounts to pay for essentials.

Even though the average credit card debt reported this year decreased from its $9,887 level in 2008, the percent of American families taking on credit card debt for spending related to necessities remains about the same as during the financial crisis. About two in five households used their credit cards for basic living expenses such as groceries and rent, according to the Demos survey.